Alrighty, been super busy but wanted to make some Christmas cards, since leading the zendoodle class a few months ago, and learning that at least one of the ladies in the class were going to be making cards, I felt like I really needed to make these cards... besides, it was so fun! Any excuse to get to doodle, right?

When I started I had no idea how many I would make, it ended up being 19 (plus one that didn't get scanned, I'll explain later), I just sat down several times over a few days and got them done. First I sketched them in pencil, then inked, then some got colored pencil, or colored marker, and/or shading with pencil. I used a gold pen, a silver pen, white pen and silver sharpie marker, on the scans the silver ink comes out looking grey, that's just the nature of the beast.

I did a combination of ZIA and cutesy bears, and one cutesy dog, the dog card went to my neighbor who gave us a rescue dog (Zoe). Turned out that I had almost exactly the number of cards I needed to give to everyone, I still need to make 2 more then I'll be done. The one I didn't scan went to a friend who just lost her husband, I made that card last (of this batch) and didn't have time to scan it.

All the cards with the exception of one are 100% hand done, including the lettering, the only one that I used Photoshop on was the Noel card (on the circles and letters only), I wanted to make the letters look like they were on a spherical surface, after doing the all the hand lettering on the other cards, I know I could have done that as well. All images can be clicked on if you wish to see it larger. 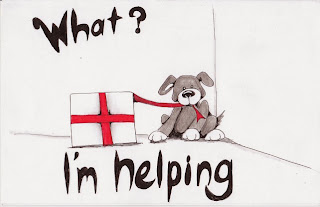 This is the only dog, and it went to my neighbor up the road who gave us Zoe. 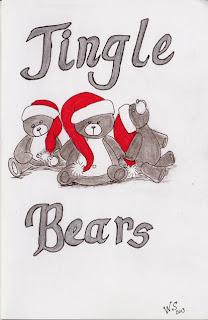 The lettering was colored with silver Sharpie marker, the bears are shaded with pencil. 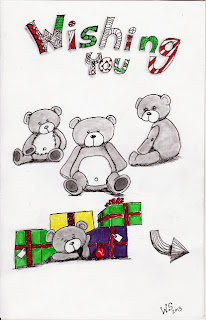 The inside of this card says "A Very Beary Christmas". 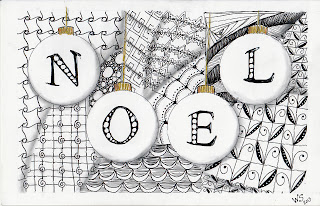 The circles of the balls and the letters were done in Photoshop, all the rest of this card is hand done. I used gold and silver ink on this one. 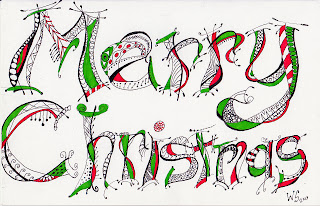 I had a good time doing the lettering on this one, when it's first done, it looks so messy, then when I started adding the designs and color, it really came together. 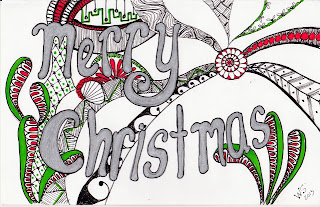 This one I thought I would be my least favorite, and it turned out to be one of my favorites once I added color. 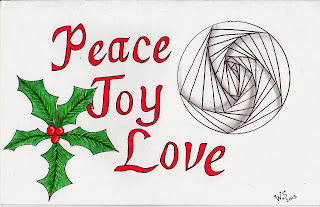 I incorporated a ZIA and a realistic leaf design. 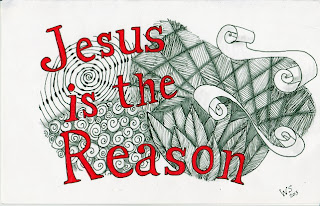 I tried something new by putting in the scrolls, wasn't sure if I would like it or not, but it turned out just fine. 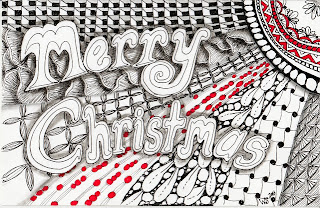 This was my most intricate design. 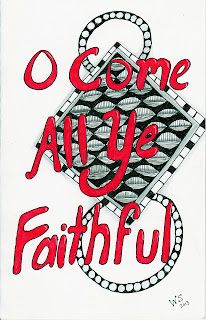 I was running out of ideas, but this still turned out pretty good. 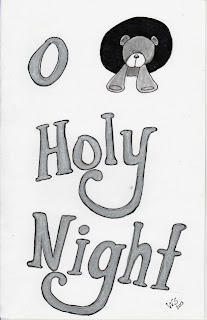 PB didn't get this one until I colored in the black around the bear. The letters on this are colored with silver Sharpie marker. 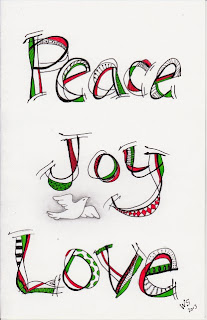 I began adding doves to my designs, I like it. 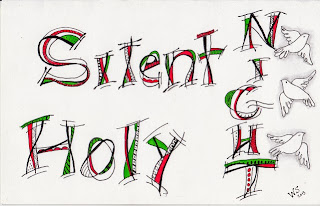 I added more doves, I shaded around the doves to make them "pop". 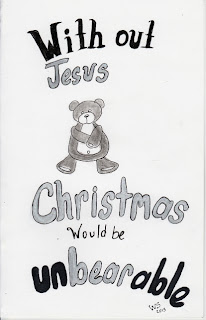 Some of the letters are done in silver Sharpie marker. 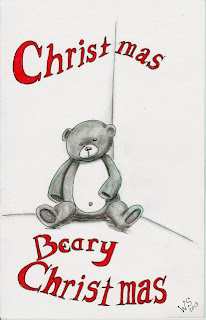 I had a good time drawing the bears :) 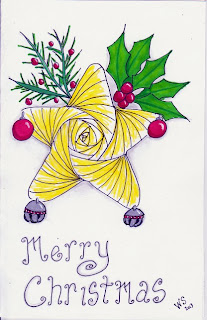 Didn't like this one until I added color, then it looked just fine. 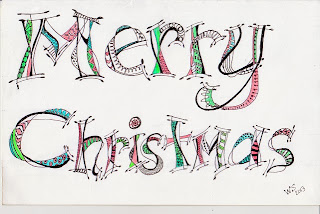 This is the only one I did with colored pencil, it came out OK, it is actually brighter than the scan appears to be. 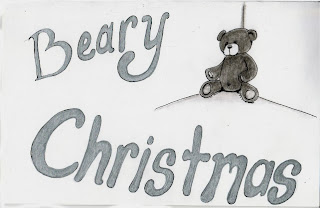 Another one with silver Sharpie marker.

I love comments but not spam, all comments are moderated, the majority will be approved, spam will be deleted, repeat offenders will be dipped in molasses... 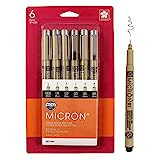 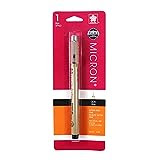 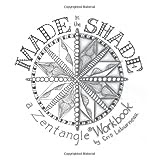