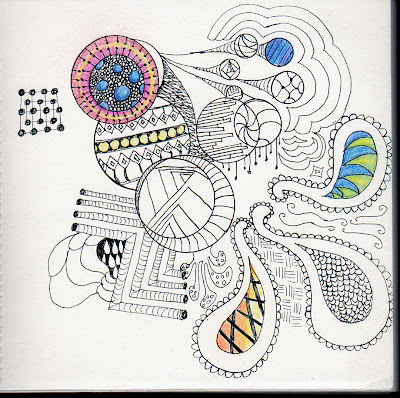 Unfinished doodle, I wanted to try my hand at paisley, I like where this one is going and will probably re-do it with a little more thought... I don't like the circle that looks like a Christmas ornament, don't have anything against Christmas, just don't care for the look here...

I used a 005 and 01 Micron pen, for the color I used watercolor pencils, straight, no water, just as colored pencils.
at 12:00 PM No comments: 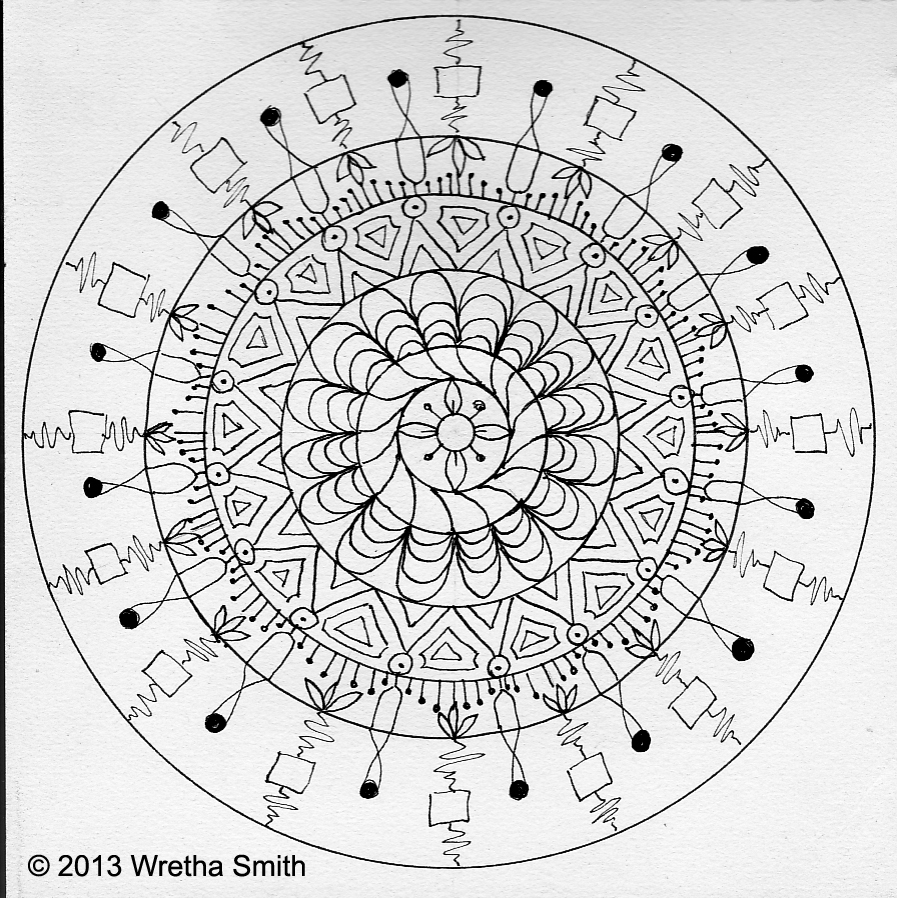 This may or may not be finished, not sure if I will add color or shading, for now I like it just as it is.  This is the second doodle I did at my friend's house the other day, I used a compass to make the circles within circles, then I filled the circles with patterns. Some would call this a mandala, but honestly I don't care for the spiritual implications of that word, I'm a Christian and not into Buddhism or Hinduism so I'll call it a doodle in the round :)

I especially like the outside ring with the squares and the squiggles. I'll definitely be doing more of these types of doodles. :)

Email ThisBlogThis!Share to TwitterShare to FacebookShare to Pinterest
Labels: circle, doodle, doodle in the round, Micron liner pen, picture 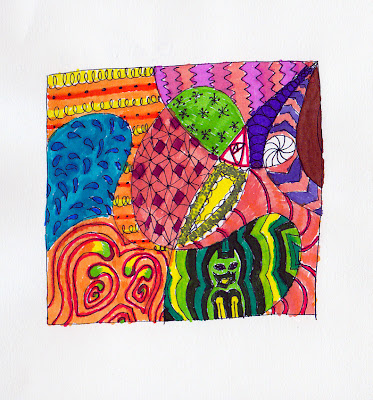 Lot's O color! I created 2 doodles while over at a friend's house, she is one of the 2 ladies I am a caretaker for, both of my ladies are very creative, one does poetry, the other is an artist. I had been over at the artist's house. We cleared off the table and laid out a bunch of art stuff, paper, pens, markers, colored pencils and such... this was one of two that I created that day. I drew a square, then a string. I used a 01 Micron pen and Crayola Crayon markers. I am not thrilled with how these markers work, they do not play well on the paper, but it was just a fun time, nothing serious so it didn't really matter, I was just playing with the colors... maybe someday I'll have some of the higher quality markers like Copics. 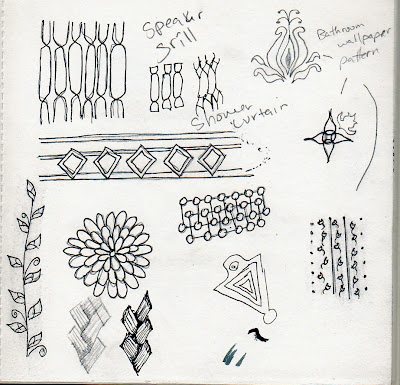 I said I was going to work on training my eyes to see patterns in everyday things, well this is a page I worked on while at my neighbor's house. The top left 3 patterns are from an old school floor speaker grill. The 3 patterns on the right side (top to bottom) are designs on the bathroom wallpaper. There is a design from the shower curtain (the lines and diamonds), below that, the lower left viney thing comes from a tapestry wall, hanging in the guest room, the flower is from the bedspread, below the flower, the diagonal lines came from a piece of fabric that is supposed to look like bamboo... the connected circles and the triangular thing, those came from my brain...

I think I can tweak these patterns and work them into more of my doodles.
at 12:46 AM No comments:

Email ThisBlogThis!Share to TwitterShare to FacebookShare to Pinterest
Labels: patterns 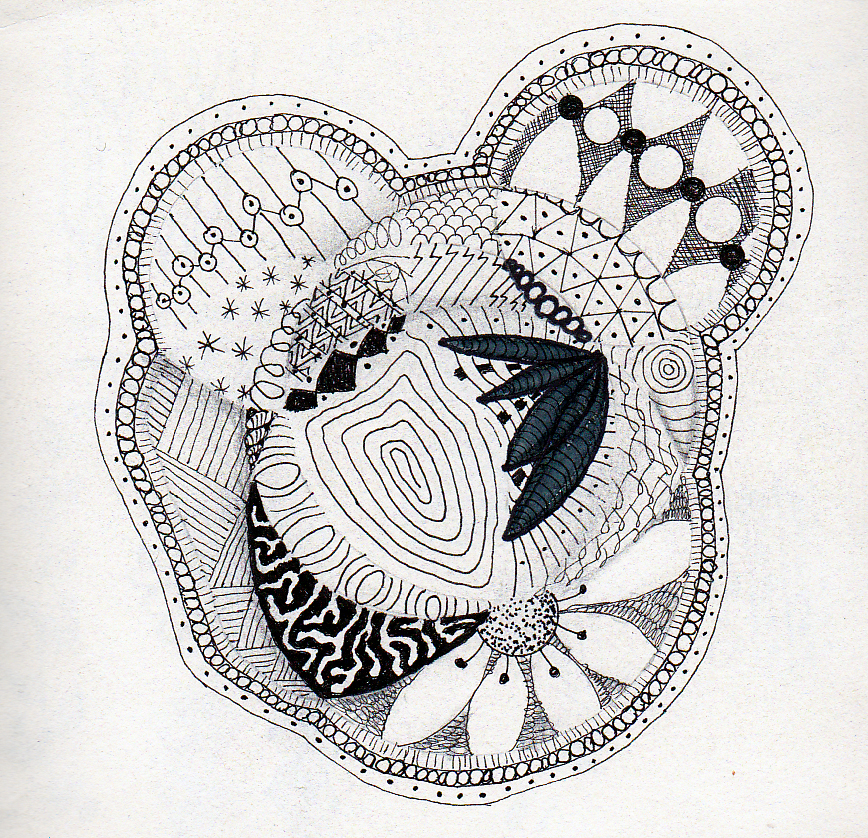 Random doodling, this doodle happened while I was with a friend at the hospital, she was there for a routine procedure, this procedure takes the better part of 4 hours, she slept during much of it giving me the opportunity to work on a doodle.

I have been working on "seeing" patterns everywhere I go, believe it or not, there was so little to work with in that hospital room, not even the tiles on the floor had anything I could work with.

This one started out with a series of circles, then I began dividing up the spaces inside and between the circles. I like the idea of the lines from one element following and attaching to the lines of another element, gives it some flow, some continuity.

This doodle was done with Micron 005, 01 and 03, a grey marker along with graphite pencil for the shading, I'd like to get the shading more dramatic to give it more depth and dimension. The dark grey shape in the middle was done with a grey marker, but I decided I didn't care for how dark the marker ended up, it really covered up the design in that spot. I used a template to make the circles.